Schuylkill Speaks! is part of an ongoing conversation with Penn State Schuylkill alumni, both new and established. In this edition, we feature standout graduates from our spring 2022 graduating class. 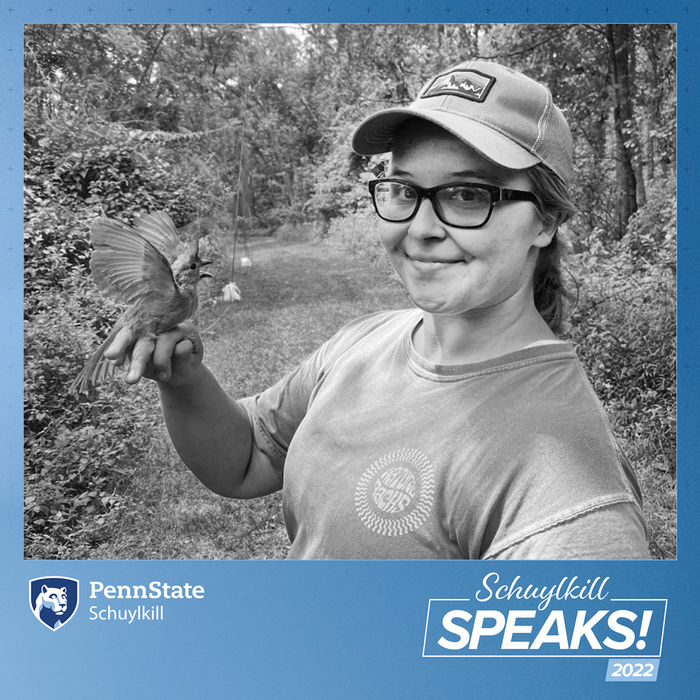 Growing up, Bethany Hollenbush had never really considered a career in the natural sciences or college for that matter. But after a few years in the workforce, she knew that getting a degree was the best path forward. And once enrolled, she discovered an aptitude for and love of fieldwork and ecology. 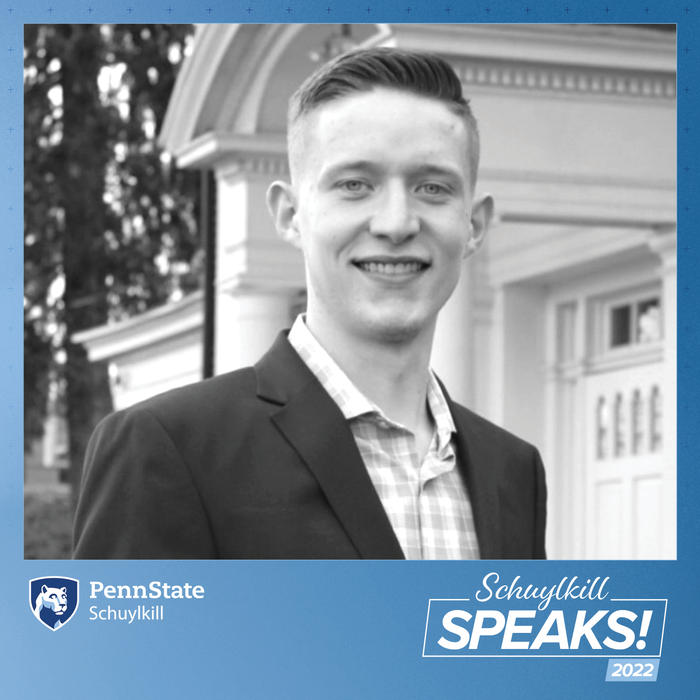 Mike Russell’s passion for research began his first semester at Penn State Schuylkill and helped spur the academic successes that led to offers of admission to eight medical schools. With his sights set on the Philadelphia College of Osteopathic Medicine this fall, Mike continues to rack up accolades as he concludes his time at Schuylkill.

This month, Russell received one of Penn State’s Student Service and Leadership Awards— the Jane Wood Reno Memorial Scholarship. These awards are granted to a select few students across the University who demonstrate exceptional service and leadership qualities. 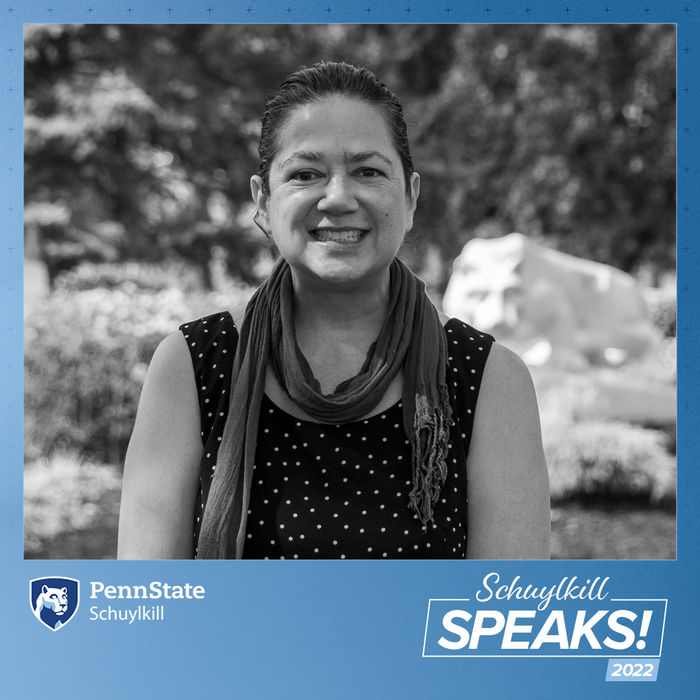 This summer, Air Force veteran Carol Rayos will graduate with her degree in criminal justice. Rayos is an adult learner who decided to pursue a career change, transitioning from a career in nursing to one in law. During her time at Penn State Schuylkill, she forged close relationships with instructors that helped her conduct poignant research related to juvenile justice, and these relationships and research will help launch the next step of her journey as she begins to work in pre-trial legal services in Berks County following the spring semester. 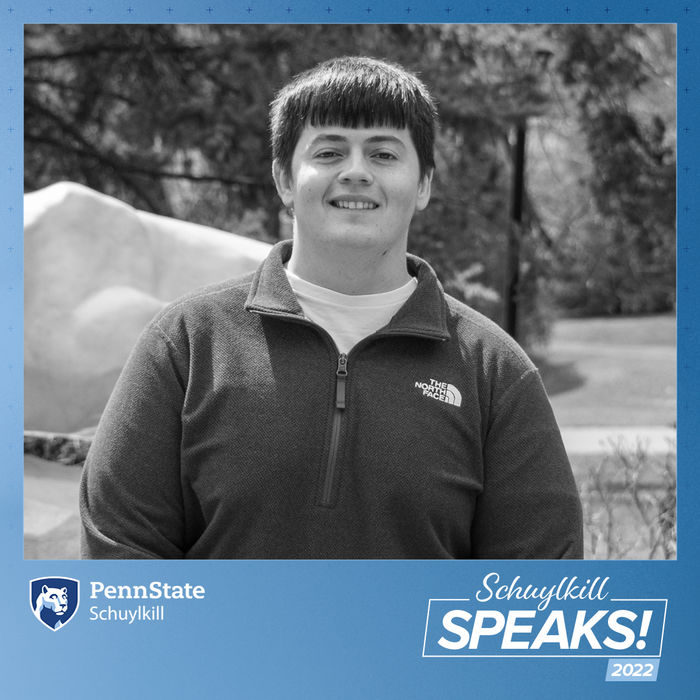 Penn State Schuylkill business student John Lindenmuth will graduate this semester with a marketing/management degree option. As a child, Lindenmuth’s career path was inspired by the commercials he saw during the Super Bowl, translating into videos he created during his tenure as a college student and informing his career path. After commencement, Lindenmuth will begin his position as an account manager for The Seltzer Group, a local insurance company. 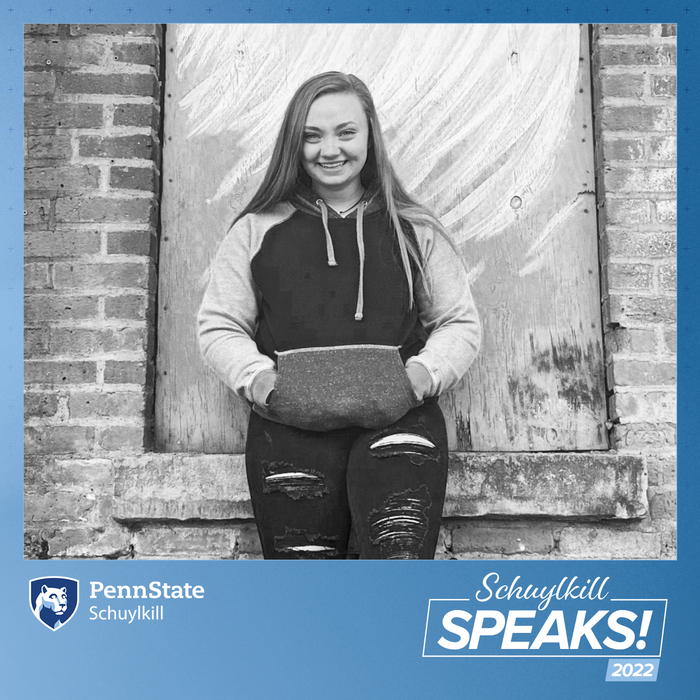 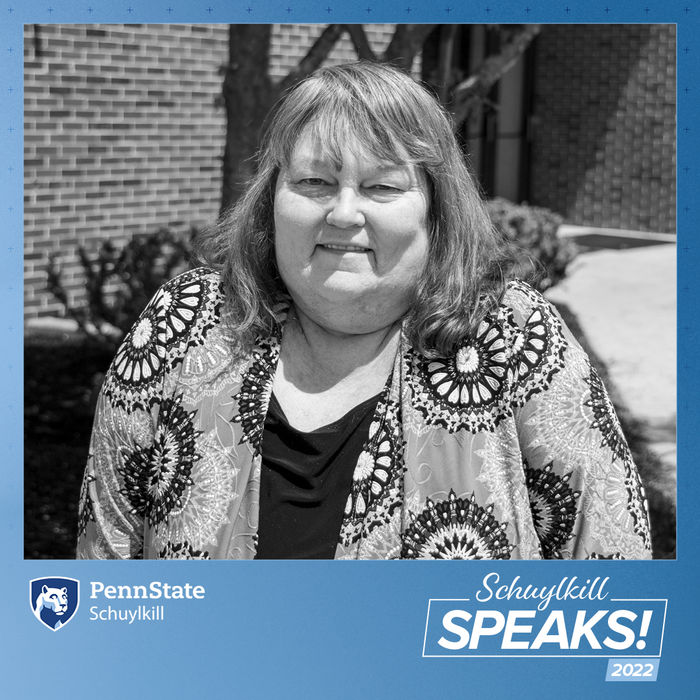 Business student and adult learner Debra Terraciano will earn her degree in the program’s accounting option at Penn State Schuylkill this spring, and she is eager to return to a workforce that works for her. For over a decade, Terraciano operated a daycare from her house — her dream job — working from home long before the pandemic made it commonplace. But when she was diagnosed with transverse myelitis, she had to close her small business. With so much life ahead of her, Terraciano refused to give up. Instead, she returned to school to establish a career in a field she only dreamed about as a high school student. 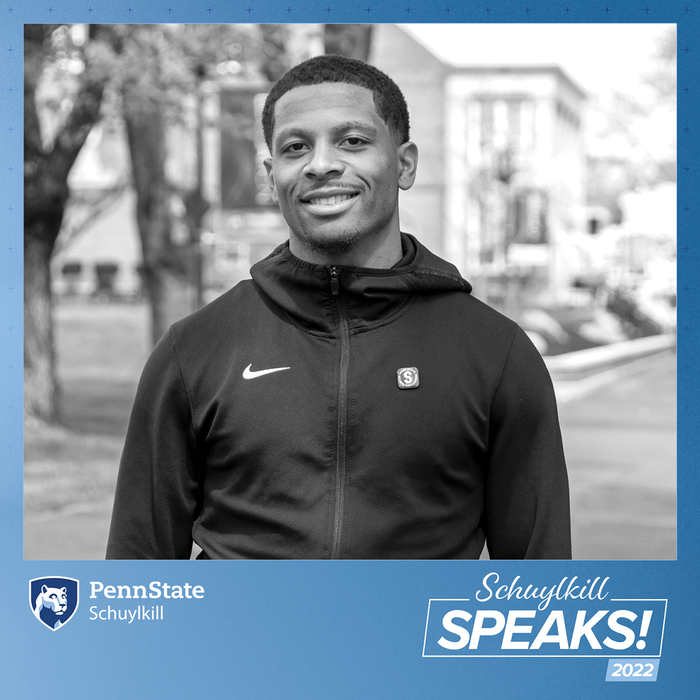 Lamonttea Brown saw in Penn State Schuylkill a small diverse campus where he could play college-level ball, while being the first in his family to earn a college degree. A two-season athlete—Brown found success as both a member of the baseball team and men's basketball team where he closed out a 900-point career. 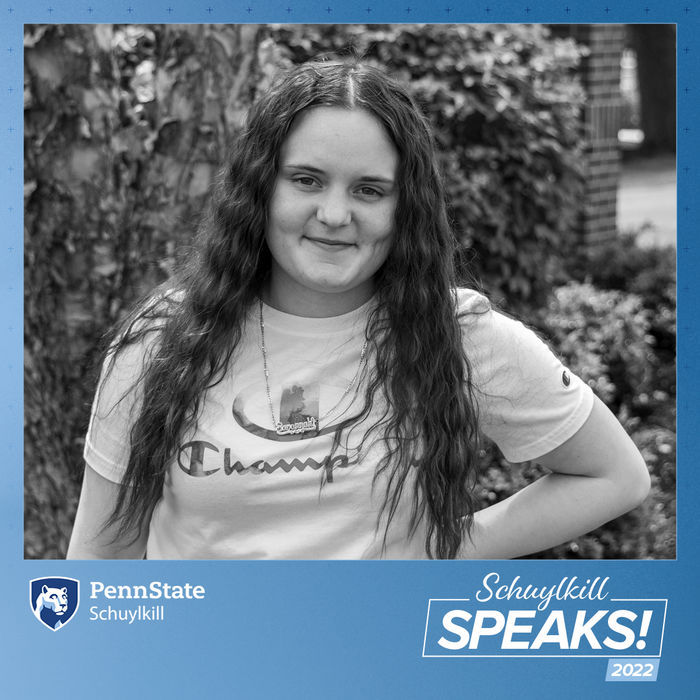 Penn State Schuylkill psychology graduate Savannah Berardino earned her bachelor’s degree this spring, punctuating a history of success throughout her college career. Berardino seized every opportunity Penn State presented her, including participating in the Pathway to Success: Summer Start (PaSSS) program, serving as a Lion Ambassador, earning a child development certificate, and working in her field prior to graduation. 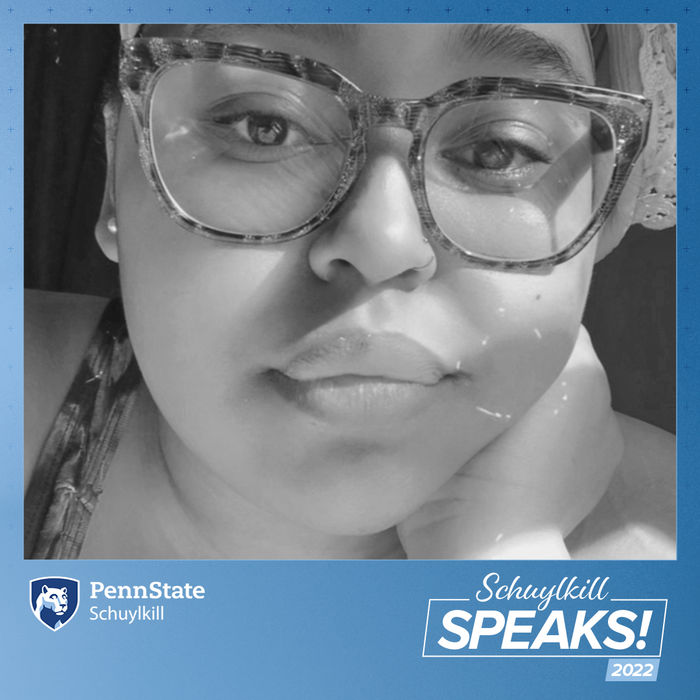 Corporate communication graduate Saliyah Sebro-McQueen earned her degree from Penn State Schuylkill on May 7, concluding a college career filled with volunteer work and perpetuating her interest in travel. With her undergraduate career complete, Sebro-McQueen intends to take time off to travel and volunteer, with the ultimate goal of pursuing a master’s degree internationally. 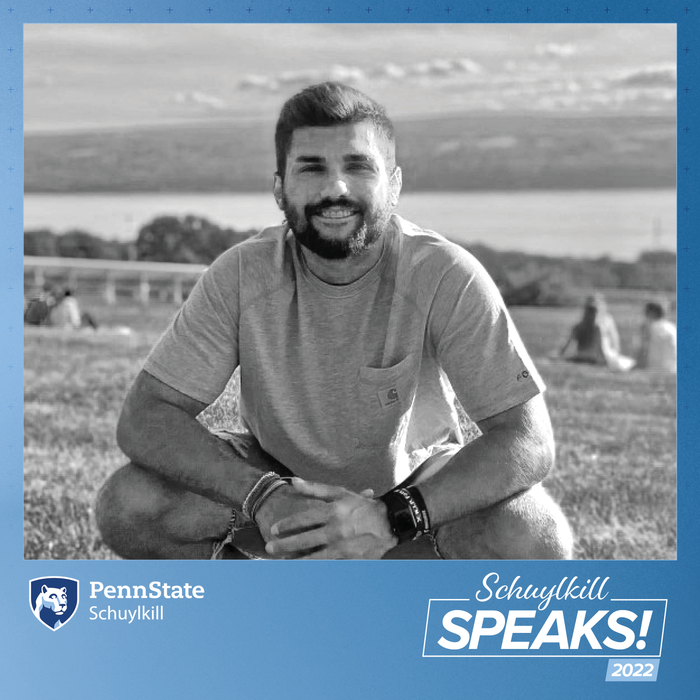 Steele Fekette’s love of the game of baseball shines through in everything he does. His career as one of the top players in the PSUAC East is marked with consecutive first-team picks, and he finds pride in representing the Penn State Schuylkill baseball program.