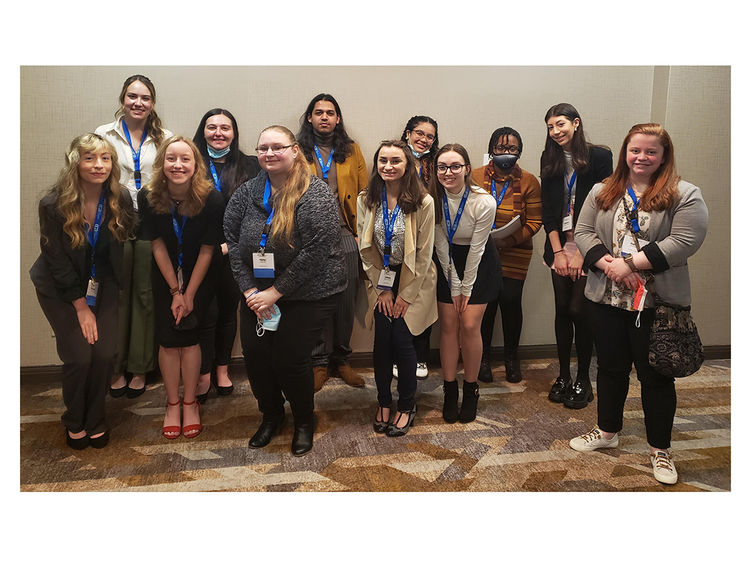 This spring, 10 Penn State Schuylkill students had 11 projects accepted to the Eastern Communication Association's James C. McCroskey and Virginia P. Richmond Undergraduate Scholars Conference (ECA-USC). This is the campus’s second largest cohort of students to have work accepted to the conference, and the group traveled to Philadelphia, Pennsylvania, in April to present their work. This year, Valerie Schrader, associate professor of communication arts and sciences at Penn State Schuylkill, was also named an ECA Distinguished Teaching Fellow — a prestigious award limited to only one percent of the association’s membership.

“I am so proud of these students and their accomplishments,” said Schrader. “It was a delight taking them to their first in-person conference experience.”

Bates' paper, "'Talk to 'Your' Doctor:' A Rhetorical Analysis of Burkean Identification in Direct-to-Consumer Pharmaceutical Advertisements," was accepted for a panel titled "Analyzing Media through a Rhetorical Lens." She completed this paper in an honors independent study with Schrader in spring 2021.

Bates is a fourth-year student majoring in corporate communication with minors in biology and communication arts and sciences. She has been a member of the Penn State Schuylkill Honors Program for three years, and this is her third communication conference. She is also a Penn State Undergraduate Research Ambassador.

Last year, Bates presented a paper at ECA-USC, and this fall, she received a Top Student Paper Award at the National Communication Association for her research on the musical Memphis. After polishing this paper with Schrader, it is currently in press with the Kentucky Journal of Communication, a peer-reviewed state communication journal. Bates is also one of the Scholarship Officers for the Alpha Epsilon Lambda chapter of Lambda Pi Eta, the national communication honors society, and plans to attend graduate school to study health communication.

Ellis' poster proposal, "Socially Constructing America: A Rhetorical Analysis of Trump’s and Biden’s Facebook Posts During the 2020 Election," was accepted for the second ECA-USC Poster Session. She completed this project as an honors independent study with Schrader during the fall 2020 semester.

Ellis is a spring 2022 Penn State Schuylkill graduate who earned her degree in corporate communication with a minor in communication arts and sciences. She was the president of the Penn State Schuylkill Honor Society and the President of the Alpha Epsilon Lambda chapter of Lambda Pi Eta during the 2021-22 school year. This was Ellis’ third time being accepted to the ECA-USC, having presented her project on the musical Chicago last year, and having work accepted to the 2020 conference.

Flora is a third-year student majoring in nursing, and he served as vice president of the Penn State Schuylkill Honors Society in spring 2022, and as historian in fall 2021. Next fall, he will continue to serve as the society’s vice president. This was his first conference presentation.

Hughes' paper, "Creating Public Memory of African American History through Film: A Rhetorical Analysis of ‘12 Years a Slave’," was accepted for a panel titled "Using a Communication Lens to Analyze Global Issues in Film." Hughes completed this paper in an argumentation course for which she elected to complete an honors option in fall 2021.

Like Bates, Hughes is also a fourth-year student majoring in corporate communication with a minor in communication arts and sciences. She served as the secretary of the Penn State Schuylkill Honor Society in 2021-22 and will serve the organization as president in 2022-23. She also serves as an officer for Schuylkill Benefitting THON.

This was Hughes’ second ECA-USC conference, and she has also presented work at the 2021 Pennsylvania Communication Association conference and the 2021 Penn State Undergraduate Exhibition.

Muench's paper, "My Octopus Teacher: An Unlikely Friendship Leads to a Message of Ocean Conservation," was accepted for a panel titled "Making Connections through Narratives." Muench completed this paper for her honors option in Schrader’s communication theory class in fall 2021.

Muench is a fourth-year student majoring in biology with a minor in communication arts and mass media, and she has a keen interest in conservationism. She has been a member of the Honors Program for three years and previously served as treasurer. Though this is her first communication conference, Muench has also conducted undergraduate research with Penn State Schuylkill’s Lee Silverberg, associate professor of chemistry, and Lucas Redmond, assistant professor of biology and has presented on this work in the past.

Najunas' paper "Analyzing What Michael Burry and Mark Baum Saw that No One Else Could: Social Constructionism, Entertainment-Education, and the 2015 Film ‘The Big Short’," was accepted for a panel titled "Using a Communication Lens to Analyze Global Issues in Film." Najunas completed this paper in her business and professional communication course honors option in the spring 2021 semester.

Najunas served as vice president of the Penn State Schuylkill Honor Society this year until she transferred to Penn State Harrisburg, where she was accepted to the integrated master’s program in marketing. This was Najunas’ first ECA conference.

Salen is distinguished as the only Penn State Schuylkill student this year to have two projects accepted to the ECA-USC conference. Hayley's poster proposal, "'You’re the One That I Want:’ Burkean Identification and the Dramatic Pentad in the Film ‘Grease’," was accepted for the second ECA-USC Poster Session. She completed this project as an honors option in her business and professional communication course during the spring 2021 semester. Her paper, "Inside Your Mind: Raising Awareness about Depression and Suicide through Burkean Identification in Two Robin Williams’ Films," was accepted to be presented on a panel titled "Using a Communication Lens to Analyze Global Issues in Film."

Salen is a third-year student majoring in psychology with minors in criminal justice and communication arts and sciences. She has participated in the Honors Program for two years and works as a peer tutor on campus. This is Salen's second ECA-USC appearance, having presented work at last year's virtual conference.

Session's poster proposal, "The Illusion of Choice and Evil: A Rhetorical Analysis of Social Constructionism in the TV Show ‘Squid Games’," was accepted for a ECA-USC Poster Session. She completed this project to earn research credits in fall 2021.

Walton’s poster proposal, "Analyzing Aristotle’s Artistic Proofs in the Instagram Posts of the National Institute of Alcohol Abuse and Alcoholism," was accepted for the first ECA-USC Poster Session. She completed this project for an honors option in her fall 2021 argumentation course. Walton is the only first-year student to have work accepted to ECA-USC this year, and she is only the third first-year student to have work accepted to ECA-USC in Penn State Schuylkill's history with ECA-USC, Poetic Session and Hayley Salen having secured that title last year.

This fall, Walton will be a second-year student majoring in biology. She has been a member of the Honors Program since she began at Penn State Schuylkill last fall, and will serve as the organization’s historian this fall.

Ward's paper "'Mama Who Bore Me:' Feminism and Uncertainty Reduction Theory in ‘Spring Awakening’," was accepted for a panel entitled "Applying Communication Theory to Musicals, Books, and Television Shows." Ward completed this paper to satisfy honors credits in her gender roles in communication course.

Ward is a senior majoring in business with the accounting option and a minor in communication arts and sciences. She has been a member of the Penn State Schuylkill Honors Program for three years and is also one of the scholarship officers for the Alpha Epsilon Lambda chapter of Lambda Pi Eta. This is Ward's second ECA-USC conference; last year, she presented two papers, one on relational dialectics in the musical Hamilton. Ward later refined this paper with Schrader, and the pair published it in the Carolinas Communication Annual, a peer-reviewed regional communication journal, in 2021.

This year, Valerie Schrader was named an ECA Distinguished Teaching Fellow — an honor bestowed upon fewer than one percent of the association’s membership.

“I consider this one of the most meaningful awards I've received throughout my career,” commented Schrader, “because it not only recognized my teaching and mentorship, which is very important to me, but I was selected for it by a group of colleagues who I very much admire and respect.”

The teaching fellows program recognizes a distinguished career of teaching excellence in the field of communication and is limited to colleagues who have active and ongoing service to ECA. ECA Teaching Fellows must have a minimum of 10 years of consecutive ECA membership to be eligible.

“I've been a member of ECA since my first year of graduate study in 2007, and have always considered it my home conference,” Schrader commented. She has received four top paper awards from the ECA since 2009, and planned programming, reviewed submissions, and chaired panels for multiple interest groups. She has also served on the organization’s Executive Council.

In addition to earning a Distinguished Teaching Fellow designation, Schrader also presented her own research at the ECA conference this spring. Her paper focused on political rhetoric exploring religious references in Joe Biden’s president-elect victory speech. This paper was selected for presentation after blind peer review for programming with the Rhetoric and Public Address interest group, a division for which Schrader was selected as program planner for the 2024 ECA conference in Cambridge, Massachusetts.

Penn State Schuylkill encourages students to engage in undergraduate research across several disciplines, proudly supporting students majoring in one discipline as they embark on research in others.

Those interested in learning how to create conference-ready work for the ECA-USC can contact Valerie Schrader at [email protected]. 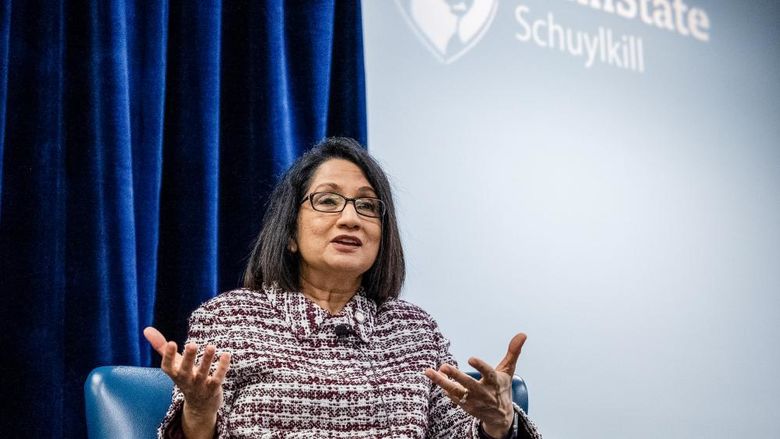 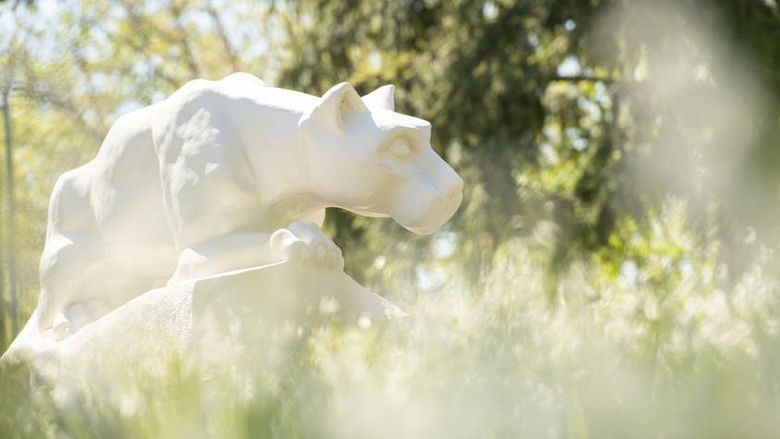 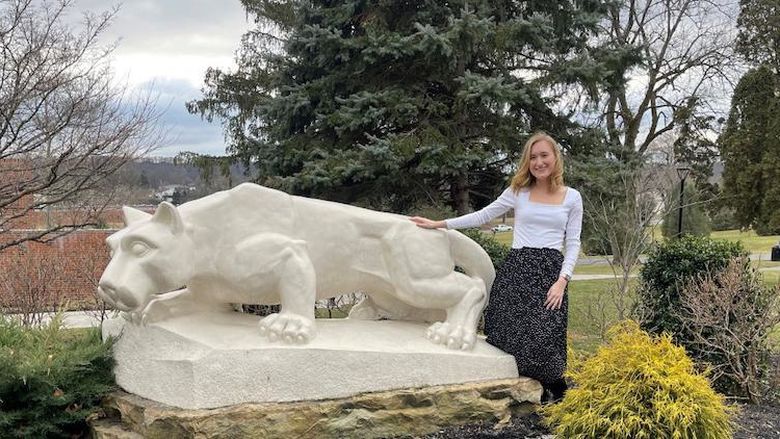 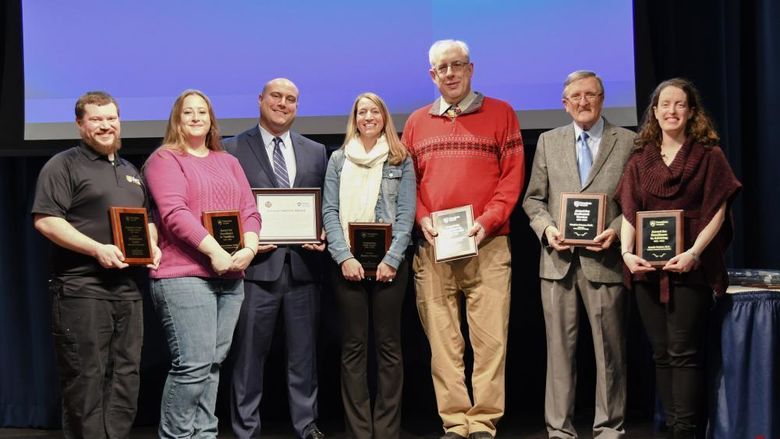 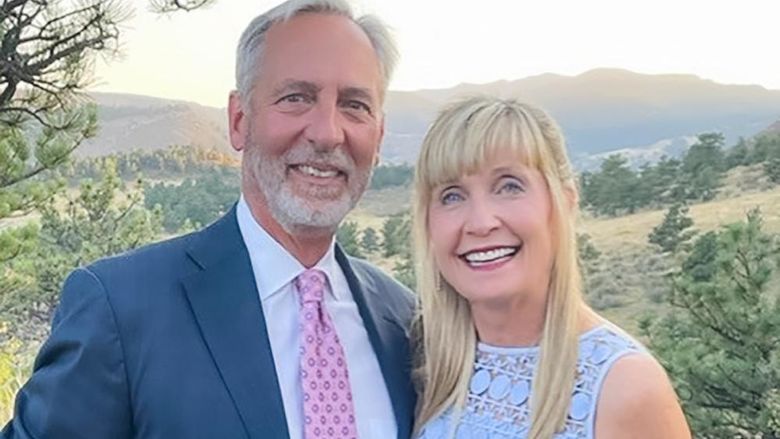 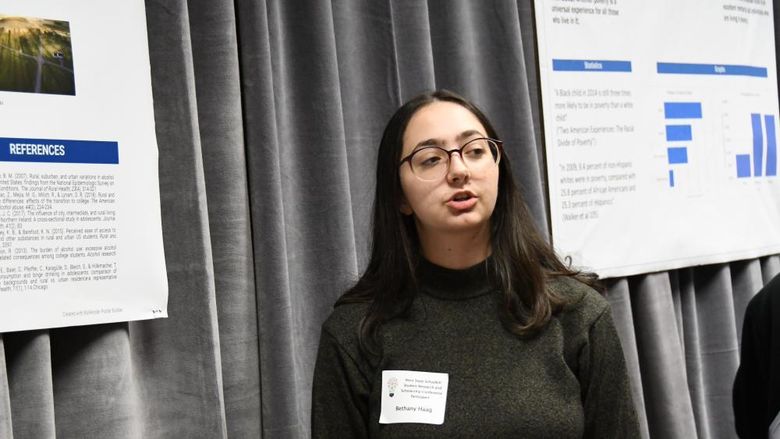