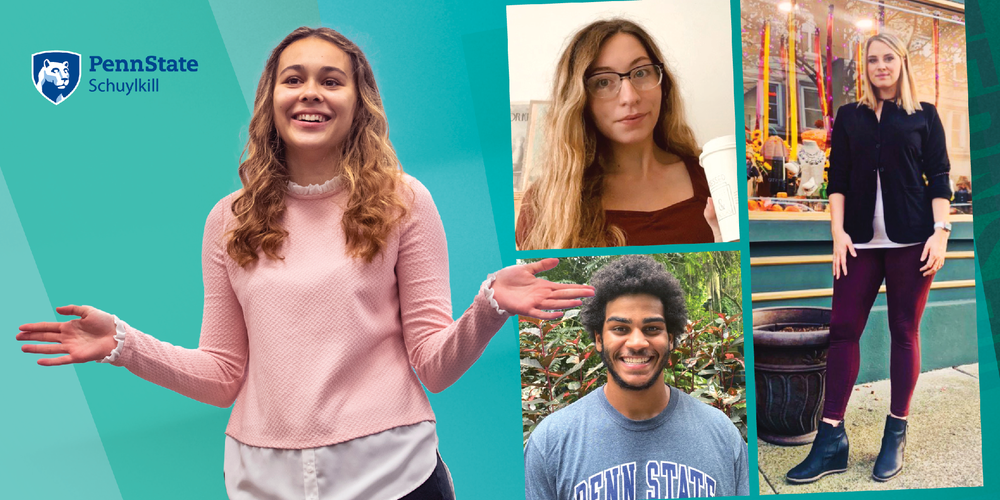 Acknowledging the critical role of interns in the companies they serve, as well as the value of a robust internship program to the regional workforce, Mid Penn Bank along with a group of individual donors pledged $27,200 to endow the Penn State Schuylkill Internship Fund. Appeals to alumni and friends of the campus raised the initial $14,700, and Mid Penn Bank came on board with $12,500 in matching funds. The entire amount raised will be matched dollar for dollar through Penn State’s Economic Development Matching Program as part of the University’s current fundraising campaign, “A Greater Penn State for 21st Century Excellence.”

The Penn State Schuylkill Internship Fund will provide stipends to students participating in unpaid internships. Examples of qualifying internships may include placements with government entities offering internships for credit only, or placements with certain nonprofits with tight budgets that cannot finance student internships directly. The internship fund aims to bridge that gap, allowing students to gain valuable on-the-job experience while receiving a stipend to help defray the cost of living.

"Mid Penn Bank is a community champion and one of Penn State Schuylkill’s most valued partners,” said Penn State Schuylkill Chancellor Patrick M. Jones. “We are inspired by their vision for the regional workforce of tomorrow, and we are deeply grateful for their financial support of this internship fund that will help our students gain access to real-world work experiences before graduation.”

Valued community partner
Mid Penn Bank works closely with Penn State Schuylkill’s Career Development Center as one of the campus’s community partners. In fact, Mid Penn Bank was a founding member of the Consortium of Co-Op Employers and is a frequent participant in student-centered career development activities such as the annual Majors to Career Fair. Mid Penn Bank has also provided guest speakers to address students in the classroom about careers in finance and banking, as well as other professional topics.

Over the past year, Kate Zimmerman, Penn State Schuylkill director of co-operative education, has worked with Mid Penn Bank's talent acquisition officer, Michelle Yunk — a collaboration that's been an asset in helping to deliver real-world expertise and knowledge within career development programming at Penn State Schuylkill.

“Mid Penn Bank truly values the relationship that has developed with Kate Zimmerman and the career services team at Penn State Schuylkill,” affirmed Yunk. “Together, we are dedicated to promoting the education and development of our youth. We look forward to continuing to generate and strengthen a pipeline of talent with our Penn State Schuylkill partners to support Mid Penn Bank’s current and future needs, and to fulfill our vision to be the community bank of choice in the regions we serve.”

“Mid Penn Bank has long been dedicated to supporting initiatives that build future leaders, and we are fortunate to have a quality partner like Penn State Schuylkill and its co-op program,” said Mid Penn Bank Senior Executive Vice President and Chief Financial Officer Michael Peduzzi, who graduated from the University Park campus in 1987. “Innovative educational opportunities are vital to creating the next generation of experienced, confident and well-prepared professionals. Mid Penn Bank is proud to support the efforts of the Penn State Schuylkill Co-Op program with a contribution that will benefit Penn State students to be well prepared to succeed in the workforce.”

If you’re a business or professional interested in learning more about joining the Penn State Schuylkill Co-Op Consortium of Employers, or other opportunities to help the next generation of Penn Staters, contact Kate Zimmerman, director of cooperative education.

The Penn State Schuylkill Internship Fund advances "A Greater Penn State for 21st Century Excellence," a focused campaign that seeks to elevate Penn State’s position as a leading public university in a world defined by rapid change and global connections. With the support of alumni and friends, “A Greater Penn State” seeks to fulfill the three key imperatives of a 21st-century public university: keeping the doors to higher education open to hardworking students regardless of financial well-being; creating transformative experiences that go beyond the classroom; and impacting the world by serving communities and fueling discovery, innovation and entrepreneurship. To learn more about “A Greater Penn State for 21st-Century Excellence,” visit greaterpennstate.psu.edu.