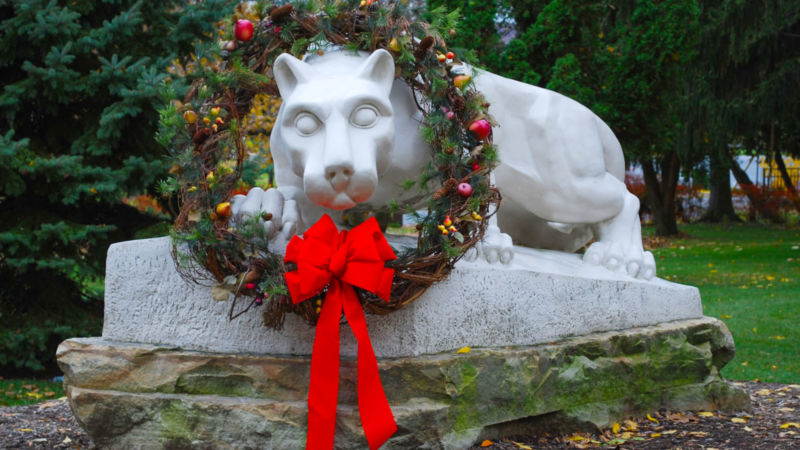 Penn State Schuylkill looks back on 2017.

Together, in 2017, the students, faculty, staff and alumni of Penn State Schuylkill excelled both in and out of the classroom.

LionLaunch, an initiative of Invent Penn State, brought President Eric J. Barron as well as university and community leaders to Schuylkill Haven. Under the media spotlight, we held a ribbon-cutting ceremony and dedicated the downtown facility with the goal of spurring economic development and supporting budding entrepreneurs in Schuylkill County.

We joined Beta, Beta, Beta, or TriBeta, the National Biological Honors society. Twenty-three of our students and one faculty member were installed as members. Brenna Traver, the group’s faculty advisor, established this society on our campus. We became the fourth Penn State campus to join TriBeta. 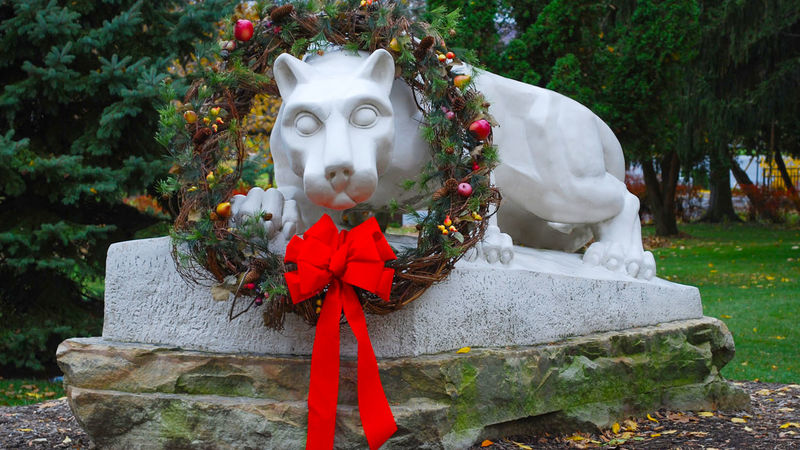 Our community continues to demonstrate its generosity in 2017. The students collected over $10,000 in one weekend through their canning efforts for THON to fight pediatric cancer. We held a successful Dodge for Autism event on campus and students paired with Habitat for Humanity to build a house in Florida during spring break. Information Sciences and Technology students developed a video game to help teenagers and others identify the many types of elder abuse and received a group award for their efforts from the Schuylkill County Elder Abuse Prevention Alliance.

Charles Cantalupo published his twelfth book, “Non-Native Speaker: Selected and Sundry Essays," in 2017—that’s three consecutive years in a row that he has turned out a new tome.

Brenna Traver is part of a research team that recently received a nearly $1 million grant from the U.S. Department of Agriculture. The scientists will evaluate best practices for the organic beekeeping industry that could result in cost benefits in time spent managing bees and in the cost of treatment.

Nikki Andel was named one of six new Faculty Scholars by Penn State’s Office for General Education, and will join the University’s first cohort of 10 faculty scholars, who will help to establish best practices in implementing the university’s new General Education requirements.

This is not an exhaustive list of our faculty achievements. Our dedicated faculty serve many roles on our campus teachers, mentors, coaches and research collaborators.

Recently, we unveiled the plans for our renovated and expanded dining center, which will bring healthier food choices, a new social space to build community, an outdoor classroom area, a special meeting room, a game room and more—including a stunning façade from both the inside and outside of the building.

We held our first military and veterans’ appreciation week and lined the mall walk with flags.

Our athletics program including men’s baseball, and women’s soccer and cross country were at the top of their game. We can boast PSUAC Conference Championships, coaches of the year, and All-Americans along with additional recognition of our student athletes among our 11 men’s and women’s sports.

A group of our students earned accolades for their research papers, tying for Top School in the Eastern Communication Association Undergraduate Scholars Conference. Kudos to Valerie Schrader for mentoring and encouraging these students to reach their potential.

Harunah Barry graduated in May with a major in administration of justice. He was selected for and completed a prestigious internship with INTERPOL during the summer, and was one of only 15 students across the country to participate in this program.

Three of our students traveled to Costa Rica as part of the University’s CHANCE program. They represented our campus well and acquired valuable knowledge and insights into sustainability and the multitude of lifeforms in tropical rainforests.

Two of the three students who traveled to Costa Rica also presented a poster on the honey bee research that they have been conducting on campus with Brenna Traver at a national conference in Denver. The duo plan to submit a paper for publication in a journal. These types of learning experiences demonstrate that our students can compete with the best.

December’s student research symposium showcased the breadth and depth of diverse project topics, from psychology studies, to special applications in the medical field, to catbirds, to the generation of novel chemical compounds.  Our students will succeed in their careers. They will make an impact in the world. They are the promise for a better future.

And, Washington Monthly told us what we already know in its 2017 rankings: We are Pennsylvania’s best value public institution.

We can’t forget our alumni. After all, we are…Penn State. Patty Shoener was awarded the 2017 Teamwork and Collaboration Award from Penn State along with a few of her colleagues in the Northeast region. This is the first time anyone from the Schuylkill campus has won this award.

Two awards were given for Outstanding Alumni. The first recipient is Dr. Richard Spontak, distinguished professor/alumni, distinguished graduate and undergraduate professor of chemical and biomolecular engineering and materials science and engineering at North Carolina State. The second recipient is Jonathon Kukta, director of housing and food services for Penn State Schuylkill, Berks and Lehigh Valley.

The recipient of the Pride and Spirit Award this year is Bob Carl, president and CEO of the Schuylkill Chamber of Commerce and a member of our Advisory Board.

The Outstanding Young Awardee is Joshua Moyer who through his time and technical expertise assists various community and school organizations.

This year marked the first-ever Giving Tuesday for our campus on Nov. 28. The funds will be used to support our student athletes, and the Penn State Schuylkill family stepped up in a big way, as we exceeded both our giving total and participant number goals.

We are … grateful for all members of the Penn State Schuylkill community. We look forward to building on this year’s many successes as we usher in 2018.