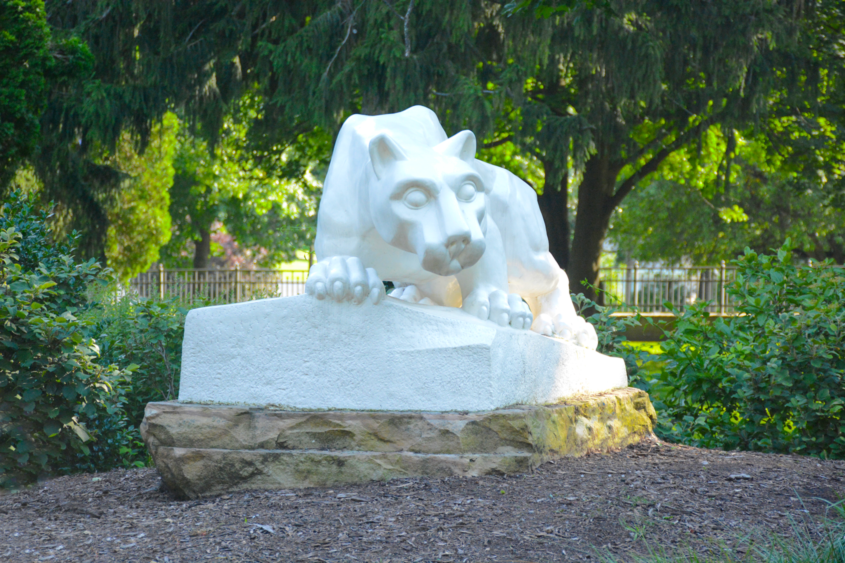 Stephen Roman, instructor of philosophy and sociology at Penn State Schuylkill, began his professional and collegiate career at Penn State Schuylkill, graduating from Penn State University Park in 1970 with a bachelor’s degree in biology education. After graduating, Roman was commissioned by the United States Army as a Lieutenant and deployed to Vietnam. During his service, Roman trained as a helicopter pilot and Special Forces officer. Ultimately, Roman served in the Army for more than three decades, deployed to the Far East, Middle East, Europe and within the continental United States, serving in various command and staff positions. He was honorably discharged in 1998 as Lieutenant Colonel.

In addition to his decorated career in the armed forces, Roman earned three master’s degrees and his doctorate, serving his country and community in myriad ways. After his time in the Army, Roman employed his master’s degree in child psychology and adolescent development by working as a therapist and behavioral and program specialist with NHS Human Services in the early- to mid-2000s. In 2004, Roman began teaching at Luzerne County Community College and, in 2016, Darcy Medica, interim chancellor of Penn State Schuylkill, invited him to teach at the campus, as well.

Roman said he feels humbled by this award, stating, “To have been able to return [to Penn State Schuylkill] as an instructor of philosophy was really more than I ever dreamed would happen in my life. The receipt of this award, in addition to my teaching position, is the ultimate gift that I could ever receive.” Roman was nominated by his son, Nathan J. Roman.

Dr. Jeffrey Yourshaw, cardiology fellow at the Medical University of South Carolina, received the Outstanding Young Alumnus award, adding to his already ornate list of accomplishments. Yourshaw began his degree at Penn State Schuylkill, earning his bachelor’s degree in 2007 and his medical degree in 2011. Now a cardiology research fellow, Yourshaw will train for a total of nine years to provide his patients the most comprehensive and high-quality cardiac care possible.

Myriad awards and honors adorn Yourshaw’s career thus far, from his time in college through present day. From earning the Hawk Mountain Highlanders Bagpiping Scholarship to graduating first in his class in the Penn State Eberly College of Science, Yourshaw proves he is a capable man of many talents. Yourshaw’s wife, Nikki, nominated him for the award, stating that her husband was, “a classmate in medical school, and is now a colleague,” who she herself tries to emulate, stating she, “strives to approach my patients and my work with a fraction as much heart as he does.”

"Penn State Schuylkill provided me with an excellent foundation of knowledge on which to build at University Park and the Penn State College of Medicine,” says Yourshaw, who looks forward to returning to Penn State Schuylkill to receive his award. “It is an honor to be recognized for my achievements with the Outstanding Young Alumni Award and to be able to come back home and celebrate with the talented professors who started my career."

Harold Aurand Jr., associate teaching professor of history at Penn State Schuylkill and 1986 Penn State graduate, secured the Alumni Association’s Pride and Spirit award as a result of his campus involvement and enthusiasm. Aurand is a well-loved professor on campus, lending expertise and insight to not only his current students, but also those that he has taught in the past. An accomplished leader, Aurand has served as president of both Penn State Schuylkill’s Faculty Senate as well as Penn State Hazleton’s Alumni Society Board. Additionally, Aurand is a life member of the Penn State Alumni Association.

Throughout his time at Penn State Schuylkill, Aurand has earned a reputation for his sass, commenting, “I won the award, now I have to live up to it?”