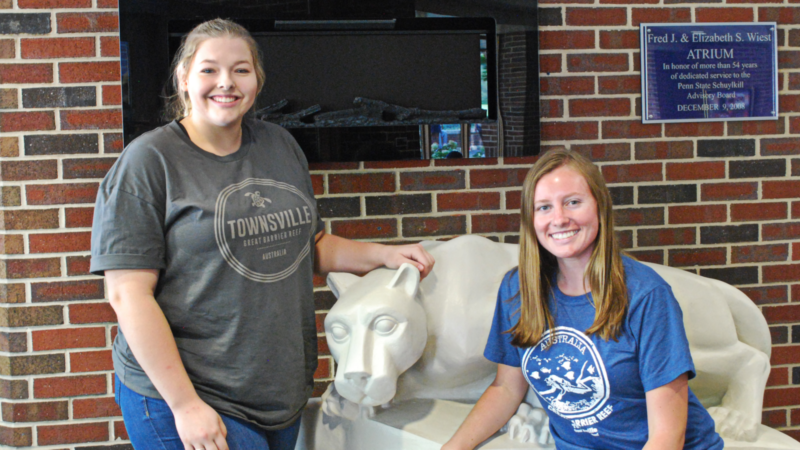 Mangroves, and Platypuses and Vegemite! Oh, My!

For Alexis Bowser and Kylee Clark, a trip to Australia was the educational experience of a lifetime.
By: Kim Mousseau

What do mangroves, crocodiles, sea turtles, and the Great Barrier Reef have in common? They were all part of the 2018 Penn State - CHANCE (Connecting Humans and Nature through Conservation Experiences) trip to Australia. When Alexis Bowser and Kylee Clark heard about the upcoming CHANCE education abroad program in Australia, they jumped at the opportunity to apply. They both admit the idea of visiting Australia loomed large in their motivation, but it was only after speaking with two former CHANCE participants about their own trip to Costa Rica that they began to fully appreciate the significance of this experience. 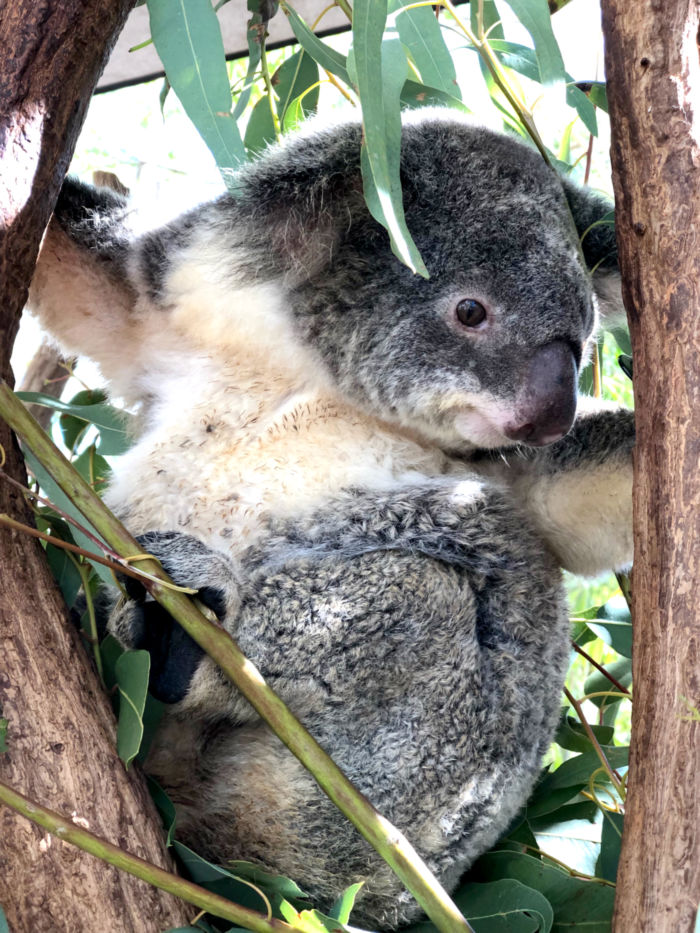 Bowser and Clark joined a Penn State contingent of 21, which included several commonwealth campus professors and two high school science teachers, for the opportunity to not only examine the biodiversity of ecosystems in north Queensland, but critically think about the impact of human activity on them as well. 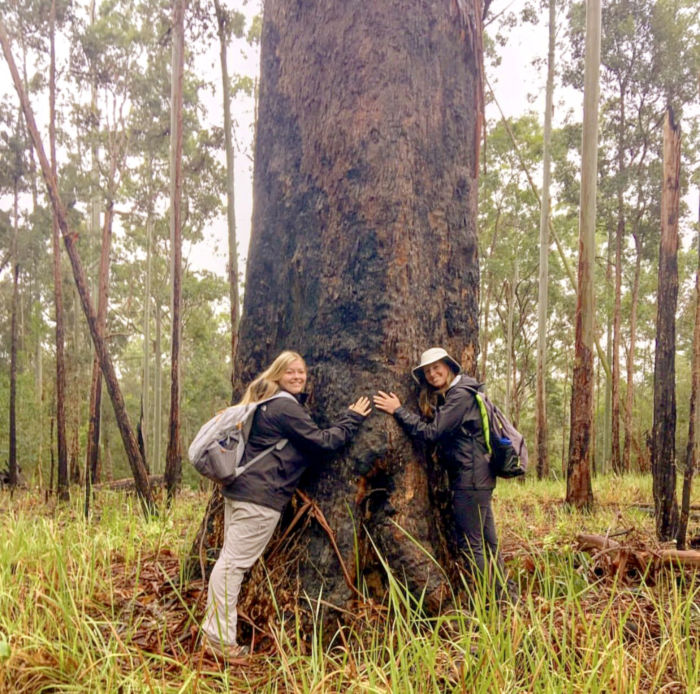 Bowser and Clark have known each other since high school, and their time at Penn State Schuylkill has followed a similar path – both are members of THON and TriBeta (the national biological honors society), both play on the volleyball team, and this year sophomore Clark joins junior Bowser as a member of the student tutoring team at the Academic Resource Center.

For those who imagine a trip to Australia filled with sightseeing and ease, Bowser cautions that this trip was not about ‘having fun.’ She cites the extensive preparatory work that each student had to successfully complete prior to the trip. In the months preceding the field practicum, both Clark and Bowser completed several graded research assignments specific to the upcoming field practicum, as well as reading assignments including “Half-Earth” by naturalist Edward O. Wilson. Additionally, students like Bowser who participated in coursework at the 400-level prepared a pre-trip research assignment to be presented in the field.

Oxybenzone and the Great Barrier Reef

Bowser had become aware of the harmful effects of the sunscreen chemical Oxybenzone on coral reefs while on a trip to the Caribbean in 2016. Because they would be conducting research on the Great Barrier Reef this summer, the topic seemed particularly germane. It is estimated that 14,000 tons of sunscreen lotion ends up in coral reefs around the world each year, and even small amounts are believed to have a deleterious effect on the health of coral reefs as, “96% of sunscreen that people apply ends up in the water,” states Bowser.

While anticipating her future career in the lab, the trip introduced Bowser to the idea that her most rewarded efforts might actually be in the field. Although she had limited field experience working on a faculty-led project at Penn State Schuylkill, the CHANCE trip provided a deeper immersion into the particulars of field work. It was the challenges, and rewards, of working with wildlife that opened up Bowser to the idea of pursuing a field research career. She explains that field work doesn’t end in the field, referring to the amount of behind-the-scenes activity involved in properly cataloging and processing data. It made a deep impression though, and Bowser spoke about returning to Australia to work with sea turtle populations, a passion that developed on this CHANCE trip.

Clark is a Veterinary and Biomedical Sciences major who will finish her undergraduate work at University Park before applying to veterinary school. She is currently eyeing the Ross University School of Veterinary Medicine in St. Kitts West Indies, an internationally recognized program, to pursue post-graduate studies. The chance to interact with native Australian species, like wombats, dingoes, and koala bears at the Billabong Sanctuary, provided Clark with a great opportunity to handle a variety of unusual species. She says, “The trip really helped reinforce my decision to become a vet and work with exotic animals.”

The Smell of Eucalyptus

The trip itinerary provided real-world research in the field with both Australian flora and fauna and gave them a glimpse into traditional aboriginal culture. Activities included measuring koala feces (it smells like eucalyptus) to determine the density of populations, learning about a traditional aboriginal cure for sinus infections (it involves ants) and an excursion to catch a glimpse of the rare and elusive Platypus. Service-related work that involved the removal of human-produced debris from mangroves provided an alarming look at the volume of plastic that humans have discarded and Bowser and Clark agree that it really opened their eyes to the importance of conservation, which is one of the primary goals of the CHANCE program. 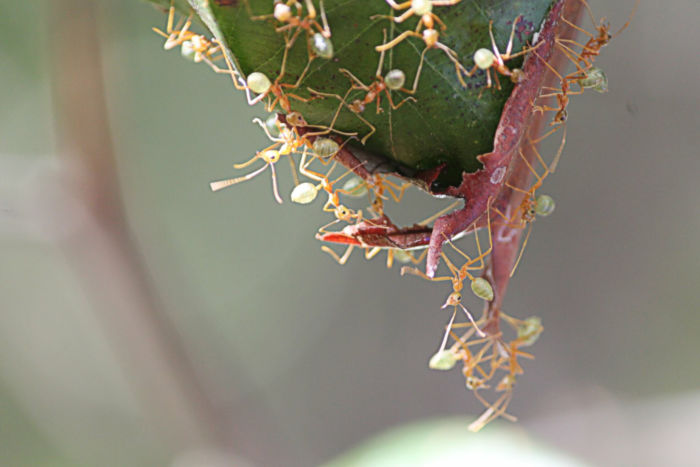 Although they faced many challenges while abroad, including sampling Australia’s famous vegemite (an acquired taste), and Clark’s all-too-close encounter with a nest of tiny biting green ants, both came back from the trip with a renewed focus for their studies and careers moving forward.

For Clark and Bowser, the 2018 Australian CHANCE trip may indeed have been the chance of a lifetime. 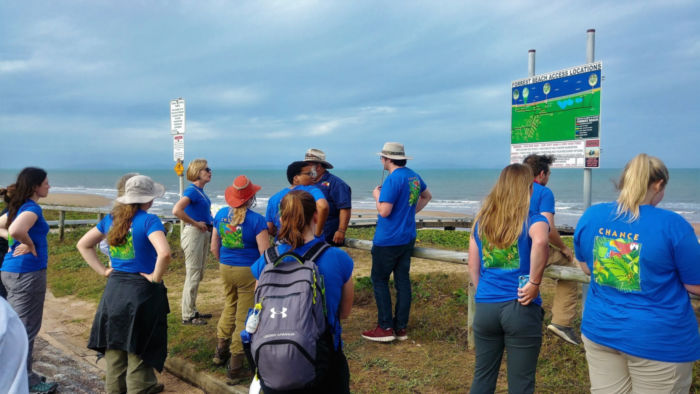