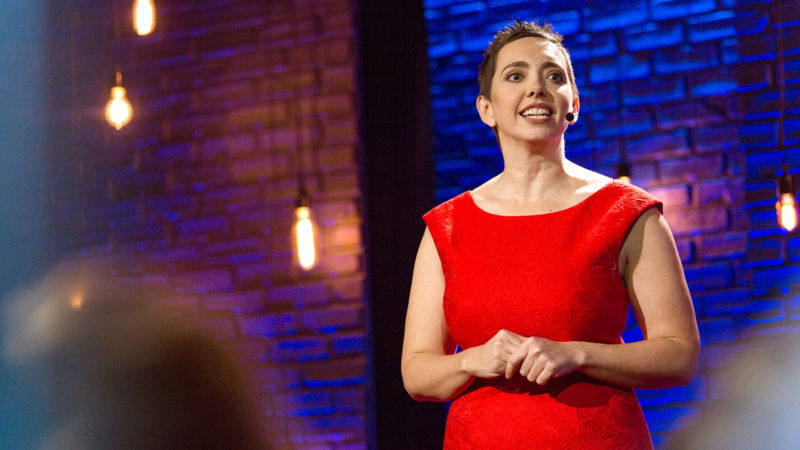 Have Wheels, Will Travel

Susan Robinson is a leader, advisor and world traveler who also savors moments spent on the back of a bicycle built for two. She is also the Penn State Schuylkill 2019 commencement keynote speaker.
By: Kim Mousseau

On May 4, the Schuylkill campus will welcome Susan Robinson as the 2019 commencement keynote speaker. Robinson is a dynamic and sought-after speaker at corporate offices and college campuses. Her TED Talk, “How I fail at being disabled,” has had over 1.4M views. Her unique ability to speak to complex issues with approachability and humor keeps her in demand as a featured speaker. In addition to speaking engagements and her work as a consultant, Robinson still manages to find time for yoga, travel, tango dancing, and tandem cycling. She currently resides in New York City.

Robinson was approached to be this year’s keynote speaker after a delegation from Penn State Schuylkill saw her speak in August 2018 during the Alumni Association Leadership Conference at University Park. The student volunteers in attendance were so inspired by her speech they requested that she be considered for this year’s commencement address. It was exciting news when Robinson accepted the invitation.

Robinson grew up in Berwick, Pennsylvania having a “typical small-town childhood.” She recalls riding her bike until the sun had set and playing cards with her grandfather while the smell of Wise potato chips (headquartered in Berwick) lingered in the air.

“I have great memories growing up in a small Pennsylvania town, and (for me) it's a terrific foundation for having a successful life in New York.”

She cites her parents and grandparents as part of that foundation.

“My parents and grandparents told me to always do my best, and that advice has been a solid underpinning, particularly in my professional career. It inspires an analysis of a situation; planning and assessment of resources; the ability to identify potential problems; and alignment to a plan, value system or other sets of standards… It's a really simple statement but has incredible power for impact.”

As a young adult, Robinson dreamed of becoming an orthopedic surgeon and enrolled at Penn State to pursue a degree in biology. During the spring semester of her sophomore year, her goal was thwarted when she was diagnosed with a genetic visual impairment. With no cure or correction available, and now legally blind, a surgical career was no longer an option. Still, she knew that she liked the hospital environment. Rather than give up entirely on her original ambition she decided to shift her focus to the business end of health care. She switched her major to health policy and administration (HPA) and found a rewarding career following that path.

She believes that her current work as a speaker and consultant evolved from her time in the health care field. We spoke with Robinson recently about her work, life and tandem cycling adventures.

Who are some clients that you have worked with? What do you think you taught them?
My clients include global firms, Fortune 500 companies, leading not-for-profits, and top colleges/universities. I've even spoken at the United Nations! Per the work we've agreed to do together, I've taught them tactical elements for success in their respective workplaces, such as leadership skills, successful revenue generation processes or effective communication strategies. One thing I often hear is that they've learned how to redefine possibilities for people and businesses, been inspired to smash through their own (and often self-imposed) limits and feel super inspired about all of it.

How do some of your extra-curricular activities like tandem bike riding or yoga inform your professional life
What a great question! Things like tandem biking and dancing Argentine tango give me ongoing practice in working with others for a successful outcome. I need to be able to clearly communicate (with or without words), quickly adjust to dynamic situations and be fully accountable for my contributions to the partnership. Yoga is a terrific reminder to focus on the task at hand, to pause and to breathe. All of those things are part of a great toolbox I take to work every day.

Have you undertaken your Nepal-to-India bucket-list bike ride? Any other favorite treks or rides that you want to accomplish? Do you have a favorite tandem cycling partner?
Not yet on the Nepal-to-India ride, but it's in the early planning stages. I did my first Century Ride (100 miles) in 2018 and have been training for a busy riding season this year! In fact, I'm doing a 50-mile ride the Sunday before [Penn State Schuylkill] commencement and a 40-mile ride the day after! Just last week, I had a crazy idea to ride to all the Penn State campuses – I'll have to see if I can actually make that happen. I'm really fortunate to say that I'm part of a tandem cycling program that trains great captains (the person in the front seat of a tandem bike), so it's hard to pick just one favorite. But I do like long treks, a good speed, and limited stops, so any captain who likes those things too is a good match!

One of my favorite moments of a New York City ride is on a street in Brooklyn where the Brooklyn Bridge emerges over the roofs of a quintessential row of three-story brownstones. It's both like being on a movie set and being timeless (well, since the bridge has been built anyway....) all at the same time. It's really cool.

In your TED talk, you offer a suggestion to be “supremely skilled at getting it wrong.” What is the most important lesson you’ve learned about ‘getting it wrong’?
Just go with it!  If you can be less worried about getting something wrong and more focused on the adventure that it uncovers for you (and the adventure you wouldn't find any other way!) life can be much more interesting and enjoyable.

Susan is a leader, advisor, and consultant. Watch her TED talk here.