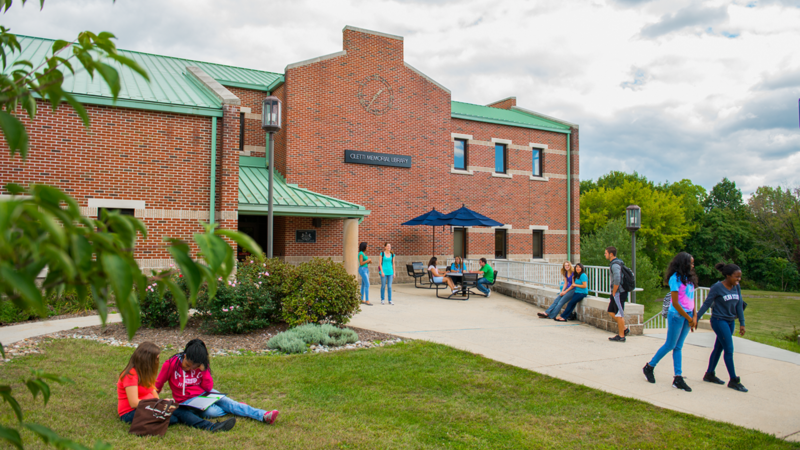 As a new year commences, we take a moment to reflect on the many accomplishments of our campus community.
By: Kim Mousseau

The arrival of a new year is both a time to weigh the accomplishments of the passing year and set a purpose for the one commencing. 2018 was a year of marked progress at Penn State Schuylkill, reflected in the many achievements of our students, faculty and the campus community. Many of these accomplishments were shared experiences, achieved through a civic-minded spirit of collaboration. Whether community service projects, here or abroad, faculty grants that enhance our students’ educational experience, or playing host to a national pop-up museum exhibit, our collective successes are often realized through partnership and teamwork. Here is a recap of some notable events.

The year started strong when Penn State Schuylkill’s LionLaunch Innovation Hub welcomed Governor Tom Wolf. The Innovation Hub and the LionLaunch program, operating in concert with the office of Community Outreach and Business Development and funded by Penn State President Eric Barron’s Invent Penn State entrepreneurship initiative, help to link our campus with the greater community. Governor Wolf acknowledged the importance of the University partnerships and workforce training opportunities that LionLaunch offers. To date, LionLaunch has assisted in the creation of 14 new businesses in Schuylkill County with more than $47,000 in seed money awarded.

In February, a delegation of philanthropically-minded students set off to University Park to participate in the annual dance marathon for THON, an organization that raises money for the Four Diamonds Fund, which assists children and families battling pediatric cancer. Tina Rose, the coordinator of career development in the Office of Student Affairs, has seen membership in this student organization grow over the years and states that Schuylkill Benefiting THON has raised over $200,000 through its fundraising activities.

Early spring arrived with the announcement that Penn State Schuylkill was among eight institutions approved for association membership by the National Association of Intercollegiate Athletics (NAIA). This was a big win for our student-athletes as it helped elevate the profile of our already robust athletics program. Acceptance into the NAIA is a ‘game changer’ according to Joe Godri, athletic director at Penn State Schuylkill, who envisions “tremendous opportunities for our student-athletes to develop and enhance their overall college experience.”

In May, a group of Penn State Schuylkill students traveled to Portugal as part of a Habitat for Humanity International Global Trip to help build the exterior walls and upgrade the home of a Portuguese family. Participating students took away big life lessons from this service-oriented trip abroad, unanimously acknowledging that the chance to help change the life of a family in need had changed them in the process.

We are always gratified when our students take advantage of one of the more than 300 study abroad opportunities available to Penn Staters. Nico Granito, a senior business major at Penn State Schuylkill, spent five months in New Zealand for an opportunity to study at the University of Victoria as well as explore the flora, fauna, and culture of New Zealand. Granito admits he lacks adequate words for describing the “life-changing, transformative effect” that this study abroad opportunity provided.

In June, Schuylkill classmates and friends Alexis Bowser and Kylee Clark headed to Australia as part of the Connecting Humans and Nature through Conservation Experiences (CHANCE) two-week field practicum. Through hands-on experiences and real-world research projects, CHANCE seeks to provide participants with a critical understanding of conservation biology. For both Bowser and Clark, it was an experience that gave form to their future career paths.

The end of summer 2018 observed another faculty achievement when it was announced that Valerie Schrader, associate professor of communication arts and sciences, would be awarded a $25,000 grant from the Barnes and Noble Foundation. The grant would benefit the Honors Program that she co-chairs by providing housing scholarships for honors students as well as subsidies for student field trips.

September marked the culmination of the Student Community Center renovation project. Although the actual project took approximately six months to complete, the planning process was years in the making. Not only did the renovation expand the Community Center’s footprint, but it also provided a modern open-layout design featuring a bank of large windows on adjoining walls, creating an expansive and inviting interior. The project was completed with input from a steering committee that included a diversity of stakeholders, demonstrating the collaborative Penn State Schuylkill model.

October ushered in the long-awaited arrival of the Smithsonian Museum’s “Outbreak: DIY” pop-up exhibit to the Penn State Schuylkill campus. Bringing the exhibit to the campus was the brain-child of Brenna Traver, assistant professor of biology, but it took a committed team from several campus departments to put all the pieces in place. This was a significant win for the Schuylkill campus and one well-received in the surrounding community; over 500 area students traveled to the campus to view this educational exhibit as part of their school curriculum.

In November, retired Penn State Schuylkill staff member Bill Horn was recognized by the campus when the newly named Nittany Walkway was dedicated in his honor. Horn was a member of the physical plant crew for 35 years and remained devoted to the campus during his long tenure and even into his retirement when he established the William I. Horn Campus Beautification Fund. Horn is the embodiment of the Penn State spirit with an affection for the campus and institution that is without equal.

The academic year wound down in December but not without a few notable events. The campus celebrated the 2018 fall graduating class during a graduation reception in the Morgan Auditorium. And after an extensive national search, Patrick Jones was named chancellor at Penn State Schuylkill, marking a new era in the campus’ history.

In 2018, Penn State Schuylkill saw the establishment of a new baccalaureate program and two new academic minors, plus the announcement of a Master’s in Nursing program that will launch in fall 2019. We acknowledged notable alumni at our annual fall awards dinner and honored campus donors at the Blue & White celebration. We welcomed guest speakers on topics as diverse as sustainability and epidemics and a Laureate who examined the responsibility of the artist during times of political turmoil. And throughout the year we offered a diversity of community programs for students (and adults) of all ages.

It was a year of great accomplishment and foundation for our continued advancement. Under the leadership of Darcy Medica who served as interim chancellor throughout the year, the campus upheld its commitment to being the leading higher education institution in east-central Pennsylvania by providing a first-rate educational experience through a shared commitment to teaching, research, and public service.

We are Penn State Schuylkill.