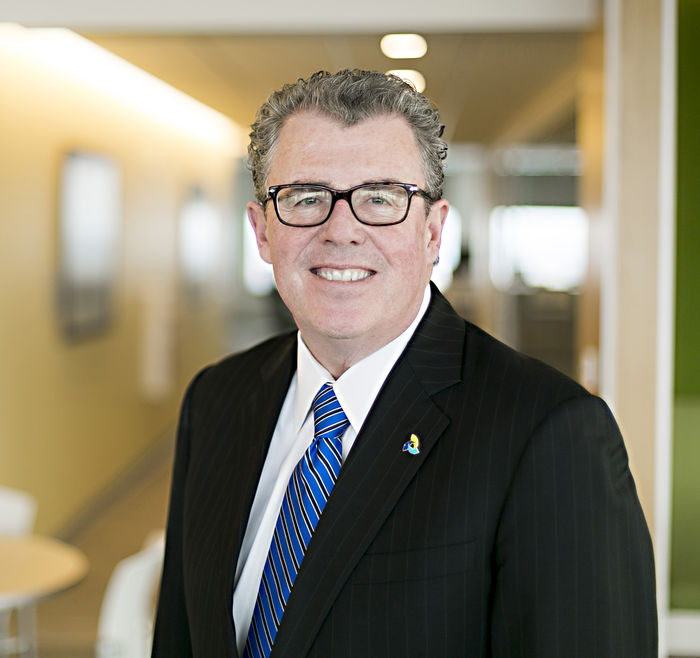 Most recently, Hart served as LVHN’s Senior Vice President of Medical Operations where he oversaw Physician and Executive Recruiting, Health Information Management, the Network Office of Research and Innovation and the Department of Education in addition to Medical Staff Services. In his retirement announcement at LVHN, he was called an “institution at the network.”

Prior to his latest post at LVHN, he had served as the Vice President of Medical Staff Services. His list of professional accomplishments at LVHN are many and impressive. Considered to be one of Hart’s “crowning achievements” was his leadership in the merging of five different hospital medical staffs during the network’s expansion. The mergers resulted in the increase of LVHN medical staff to more than 1,700 physicians and 800 advanced practice clinicians.

Hart has served on numerous boards, presently as a member of the executive committee of the Communities in Schools of the Lehigh Valley. He has also served as the chair of three separate not-for-profit community organizations:  the Pennsylvania State and Southeast Chapter Boards of the March of Dimes and the Penn State Lehigh Valley Advisory Board. He is also a past member of The Lehigh Valley Physician Hospital Organization, Lehigh Magnetic Imaging and Lehigh Valley Diagnostic Imaging.

Though retired from LVHN, Hart currently works as a consultant on special projects.

Hart and his wife, Kathleen, live in Emmaus with their chocolate labradoodle Pinecone. The Harts have two married daughters, Sarah and Kate, and two granddaughters, Anna and Sophia.